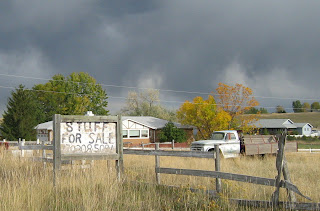 As we boarded the plane I said to Sarah, ‘bet it’s some great fat bastard in the seat next to us, the kind that takes half my seat as well as his own’. So we took our two seats, the middle of the three and the one next to the window, and we waited to meet our fate.
Well, it turned out to be a really nice guy from Denver called Dave, and not only was he not fat, he was really interesting to talk to. We both shared a lot of common interests, mainly economics, politics, philosophy, sport, and chatting, and our humour was not that far apart either.
I guess you didn’t know I was that boring did you – well, now you do – phew, that should throw a few of the girls off.
I never sussed out whether Dave was a Republican or a Democrat – he didn’t really want to tell me and I wasn’t going to press the issue. I suspect he was a Republican, but he wasn’t the out and out, ‘if you’re hungry, tough shit’ kind of Republican that I have met in the past. We were both in agreement on the need for a free market, but I would say Dave hadn’t really worked out just where the safety net should be for the people who just couldn’t make it.
Having witnessed what happened in the Thatcher years where, in the UK for the first time in my life I witnessed beggars and people sleeping rough on pavements, I am in no doubt about safety nets. They are a good idea if you want to maintain some semblance of a happy population. I’d personally put the net quite high and then say to everyone, ‘if you want more, feel free’.
One thing that was interesting about Dave was how seriously he took ‘Bush’s war on terror’. He was pretty scared of the whole ‘muslim’ thing, and was convinced that the correct thing to do was knock the shit out of them before they knocked it out of us. Well, as you can imagine I took a view approximately 180 degrees opposite to this, roughly in the vein of ‘you don’t go poking a wasps nest with a stick’. I’m not quite sure how Dave’s view ends up. It just seems incredible to me that people still think that somehow you can solve problems by oppression and violence. I clearly see that as what caused the problem in the first place.
One more thing about Dave - have you heard of Minnesota Nice. My little friend in Phoenix has told me about this and now I have seen it for myself. Apparently in Minnesota there are a whole bunch of people, mainly descended from Scandinavians, who are genetically, just nice people. Dave is one of these, and man, you couldn’t really wish to meet a nicer person. We must have chatted and laughed on that plane for at least five hours, and in so many ways we had so many differences, but they didn’t count for a lot really.
Posted by tom909 at 7:46 PM