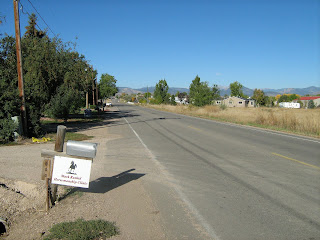 If you are American and reading this then you might not be able to imagine what it is like for an Englishman seeing for the first time how you live over here in the USA. I have been here before but I’ve never really had time to just look – I’ve always been too busy doing stuff to spend time getting into the culture, something I really want to do on this visit.
Dave had given us some good information about where to go and what to visit, and when he found out I was an old hippy, and a vegetarian mad on organics, he directed us to Boulder. Go to Pearl Street, he said – there you will find the Wholefood Market, and you will find the original area, with its relics, of where it all started back in 1967.
So off we set in our 22’ RV, reasonably happy that at least for the outward journey it was going to be all right turns. We both had a vision of ‘downtown’ as being the part of town that would maybe be like the centre of one of our small country towns, but boy, how wrong could we have been. No small rows of shops or narrow streets – everything is huge huge huge! We parked in the Wholefood Market car park and after our marathon 3 hour shop, we set off to walk to ‘Downtown’ to a vegetarian restaurant called ‘Leaf’ that we had located on a free map of the town. We walked for a very long time and I was saying to Sarah, ‘this is a mighty wide street, when is it going to get narrow and become more quaint’. The fact is it doesn’t – it just stays wide. But it does eventually turn into a pedestrian precinct, and that is where ‘hippy overload’ kicks in. Loads of shops selling hippy clothes, and old hippies round about the place. On this particular day there was some kind of market going on and there was a live band, all old freaks, playing kind of Janis Joplin style stuff – they were pretty good too I thought.
But do you know, we were there for at least two hours and not once did I catch so much as the slightest whiff of the glorious weed that helped kick it all off forty or so years ago.
Everything in the States is designed around the car. Every store has its car park. No-one even thinks of walking anywhere. People were actually looking at us walking along as though we were just a little bit odd. We needed to buy a mobile phone and we got directed to a store called ‘Target’. I honestly can say it was in the biggest shed I have ever been in. It seemed to stretch for miles. Sarah was lagging behind by this time, absolutely knackered just from walking from front to back of this store. We also went in a hardware store called Mceuckens or something like that. It was about half the size of Target but still huge. I have to say one thing about these stores though – man, the staff are helpful, and it’s not just cos we’re English – they actually approach you and ask if you need any help. Ah, the true value of the free market – if you’re not polite you’ll lose your customers, then you’ll lose your job, and there ain’t no benefit for you to live on if that happens. But actually it seems to me like these people are just nice people.
Posted by tom909 at 7:48 PM