Just to prove we been there 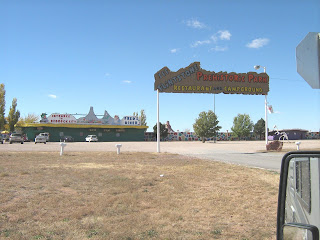 Doesn't show up so well in the photo, but it's Bedrock City. We didn't go in - I guess that's their loss, not ours. 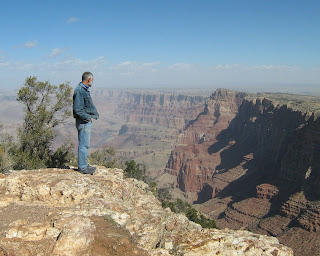 Well we were passing so we had to go look. I absolutely freak at organised tourism, and guess what, this was no different. Thousands of people all ticking off the seventh wonder of the world in their 'Places I have been' books. Sarah wasn't well either so after about 15 minutes I was ready to punch someone. 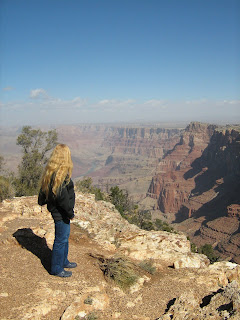 We quickly retreated to our RV before I spoilt anyone else's day, and headed out into the glorious open space of America's highways. There is a kind of freedom that you feel 'drivin' down the highway'.

Anyway, ended up in Sedona on a beautiful quiet site with trees and shade. This part of Arizona is just beautiful. By the way, we saw our first cactus today too - it was an Opuntia Robusta, I know that cos I used to collect cacti. 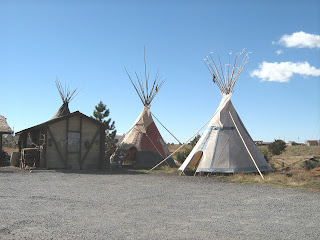 Does anyone else find this progam irritatingly crap. I can't move this picture down so apologies for that. See now I can move it Grrrrrrr. Seeing the Indians has been a powerful experience for me - of course as I have already said, I am aware that is in large part because I have been carrying round a load of emotional stuff about them since I was a kid. So I wanted to get some shots of how they live now, mainly in scruffy little shacks in scruffy little settlements, but we left their land before I had the chance. Anyway, here is a shot of how they used to live - nice isn't it!

On our way back through New Mexico we will be travelling through Indian territory again - I will try to get the shots I want there. 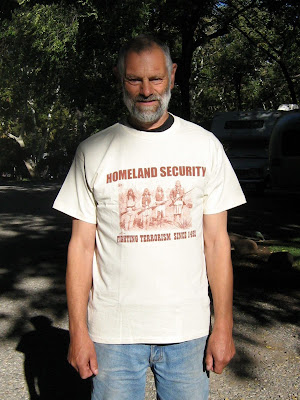